With the highly programmed, Ungrounded portion of the trip behind me, I’ve been free to explore at my own pace.

On Saturday I walked around East London during the day, checked out Broadway Market, and saw a little amateur cricket played at London Fields. At night, a bunch of went to Nightjar - a very cool speakeasy near the Old Street tube stop. They had a great jazz / swing band playing all night and mixed up some great cocktails served in unusual containers.

Here’s one drink they served to us in an Owl Pitcher - that’s dry ice coming out the beak: 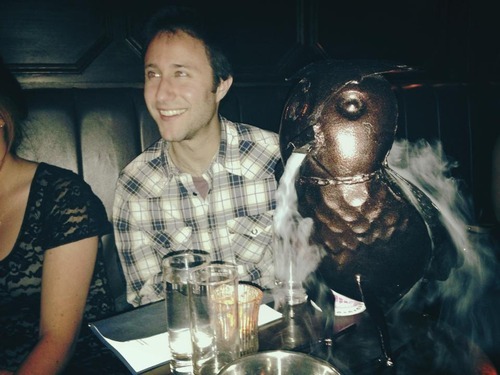 On Sunday a group of us went for a hike and picnic in Richmond Park. I never made it to Richmond when I lived in London but it’s definitely worth the trek. We saw several wild deer and a few swans. 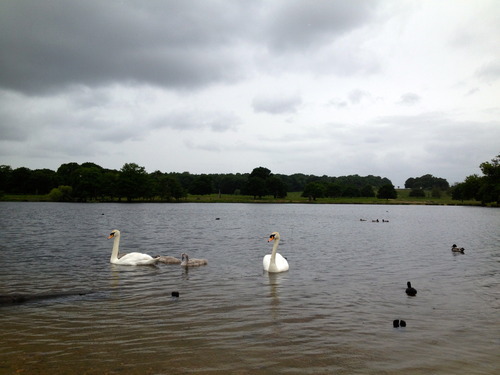 I spent most of Monday walking around London. I lived here for six months in 2008 and it’s hard to believe five years have passed without returning. The streets, shops, and tube stops all came flooding back, along with great memories. I walked about eight miles through the City of London and then back west along the Thames. 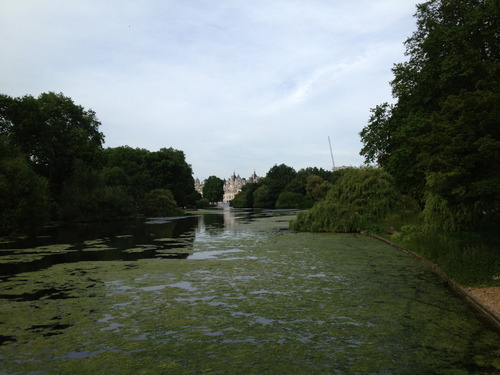 I caught up with Mark Edridge, one of my camp counselors. It was great catching up with him - (he’s now engaged!) - and reconnecting after not seeing each other in a few years. 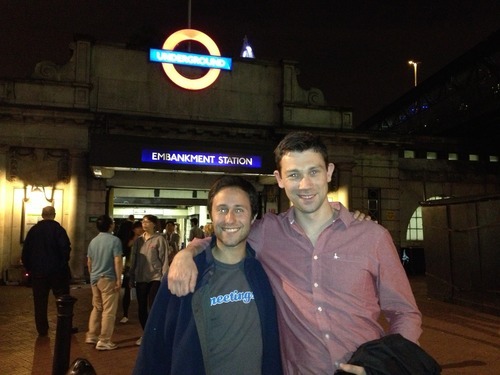 Here’s a bonus photo in front of Big Ben (taken Thursday as part of the visit to the House of Lords: 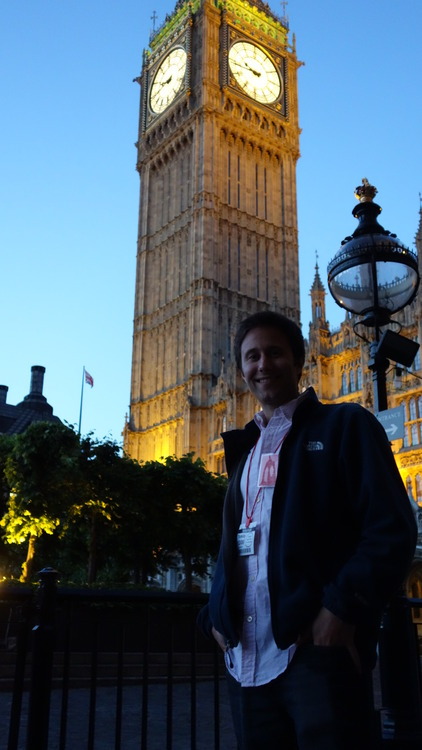 This morning (Tuesday) I flew up to Edinburgh, Scotland. For this segment of the trip, I’m travelling around with Nick Punt - a friend from SF.

After throwing our bags down, we walked to a nearby pub for a traditional Scotch meal: haggis. Haggis is made from the heart, lungs, and liver of a sheep, mixed with some veggies and spices. It was served with “neeps and tatties” - mashed turnip and potato. Haggis has a rough reputation with tourists but I actually liked it. I’d definitely have it again. 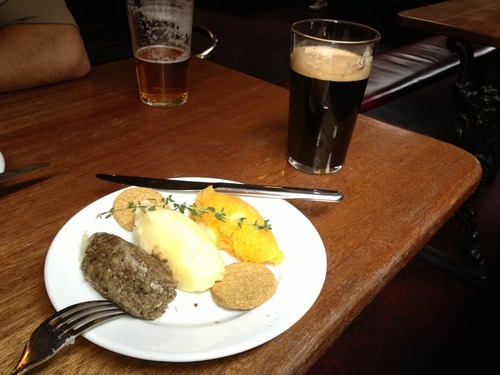 After lunch we went straight for Edinburgh Castle. The castle is situated right in the center of town and there are great views of it from everywhere. I didn’t take a photo from outside the castle but here’s a view from the top: 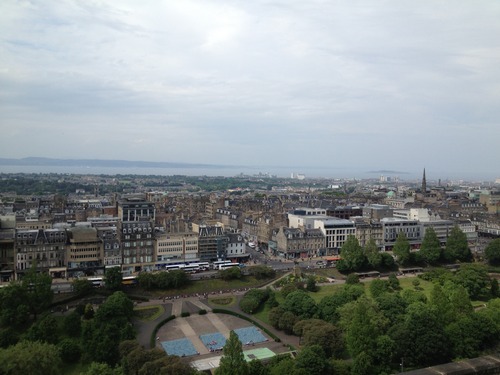 The castle was cool but didn’t seem too different from other castles I’ve visited (seemed a lot like Dover Castle). Next up we walked through Edinburgh which had a nice quad (dating back to the early 1600s: 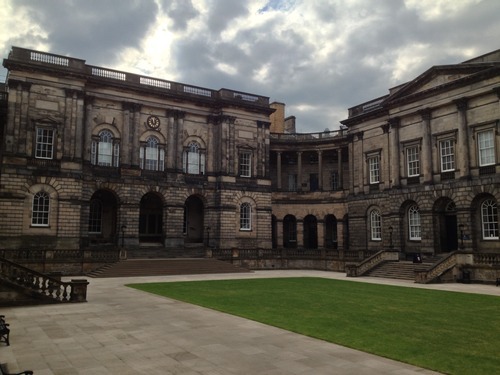 After grabbing a quick curry, we climbed Arthur’s Seat - an old volcano in the center of Edinburgh. The climb was short but invigorating and the views were incredible. The following photos are all from the peak or from the surrounding Holyrood Park. 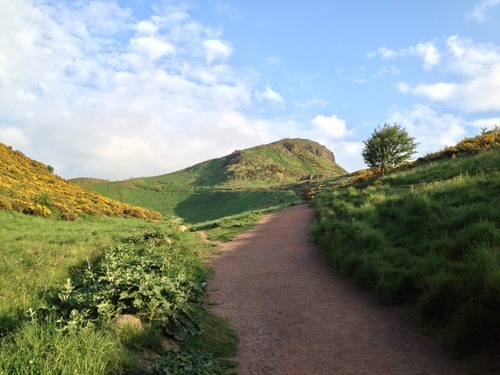 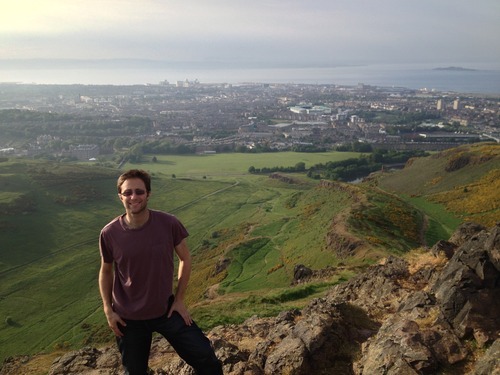 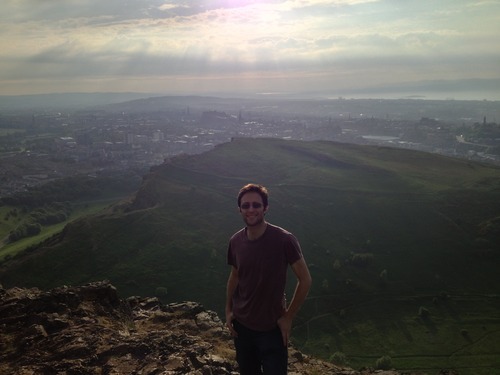 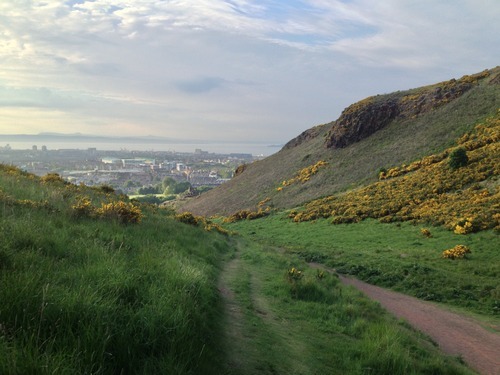 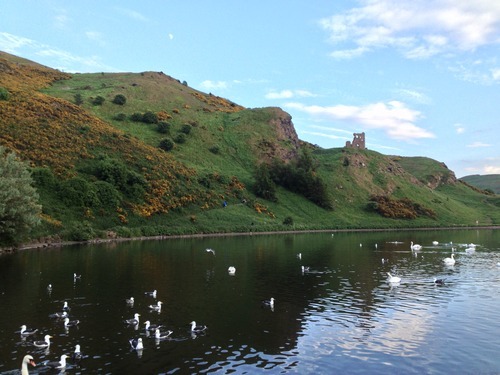 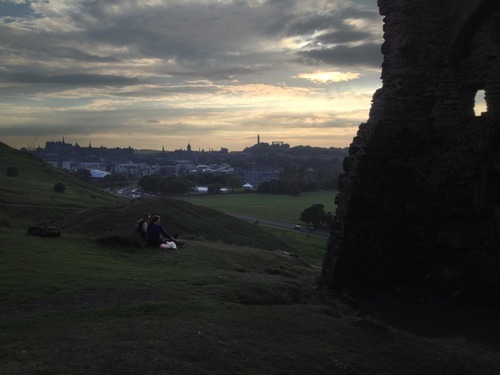 That’s all for now - not sure what the plans are for tomorrow but I’m sure we’ll find something fun!