I’ve now had Rocksmith for over a month and want to follow up. I first wrote a review here: http://blog.randylubin.com/post/66654578147/review-rocksmith-2014

After five weeks and maybe 60 hours of play, my esteem of Rocksmith completely holds up! I’ve definitely been improving. I started as an intermediate guitarist and now feel intermediate / advanced. Further, I feel much more confident jamming with others. Session mode is great for practicing improvisation, though I wish it would walk me through different chord progressions.

The game has three different paths for each song - lead guitar (riffs, solo), rhythm guitar (mostly chords) and bass guitar. This weekend I bought a bass - something I’ve been meaning to try for a while - and it works extremely well with the game; I’m definitely going to learn bass much faster because of Rocksmith. 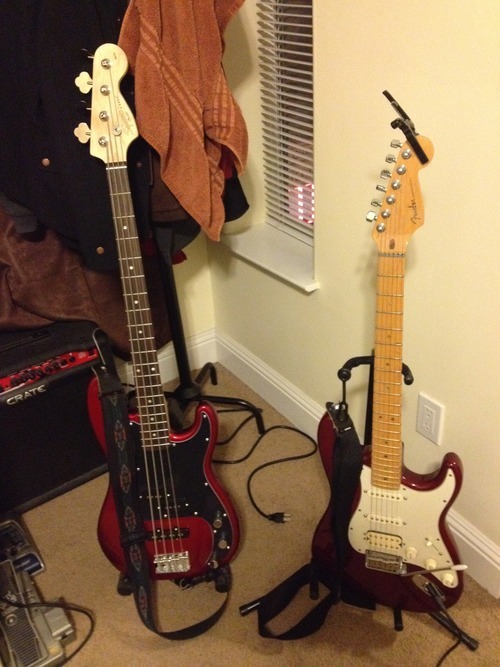 Now that I have two instruments, we’ve been messing with multiplayer. Split screen works very well and it’s a blast to play with someone else. I’ll probably buy a second chord so multiplayer is always an option.

I’ve also been purchasing a bit of DLC (extra songs). Steam autumn sale had all songs at 50% off. There’s already a ton of songs on there from the first game and Ubisoft is releasing new songs every Tuesday. I’ve already purchased Rush, Radiohead, and Allman Brothers packs - so great!

In summary - I stand by my first impressions; Rocksmith is a tremendous game that can make anyone, of any skill, a better guitarist or bass player. It’s brought me from playing guitar a few hours a month for about an hour per day and I don’t see that changing anytime soon!