Today I played a board game called Eclipse for the first time in ages. 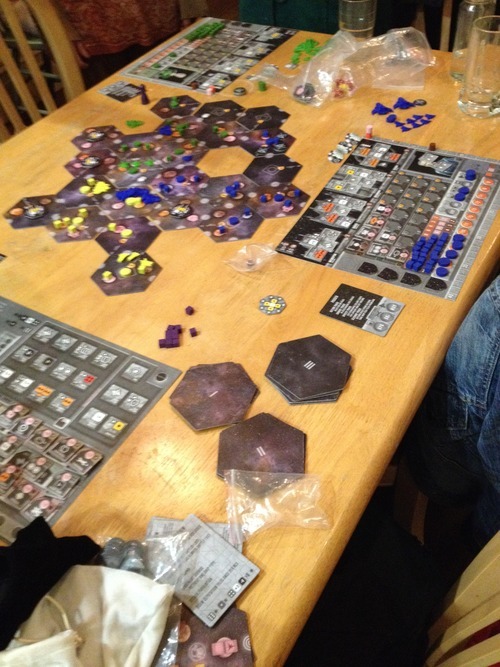 It’s an incredible space exploration / conquest game that fits in the 4X genre. It’s epic in scope and there are myriad ways to win (research, warfare, colonization). It also scales very well from one to six players.

4X games have their roots in video games (e.g. Masters of Orion) tend to be incredibly complex, relying on computers to handle all of the information / calculations. Eclipse does an amazing job of condensing the mechanics into a very manageable set of rules, boards, and pieces. Especially impressive is how the game conveys current stats. The player mats are set up so that a quick glimpse reveals current economy, strength of ships, researched techs, etc - all easily digestible. Further, whenever an action is taken, the action to carry it out automatically updates or reveals the stats. It’s a little tough to describe in words but it effectively consolidates two task (act and update) to one.

Anyhow - it’s an extremely well crafted game and a lot of fun for any number of players. It currently holds the 7th spot on BGG’s list of best games of all time - rightfully so. There is an iOS version which is pretty decent, though flipping hex tiles to build a galaxy in person is very fun.