Our Nepal trip started in Pokhara and included amazing trekking in the Annapurna region (blogged about here and here).

Having completed our trek, our next destination was Kathmandu. Originally, we planned to fly but then found a better option - rafting. We signed up for a few hour rafting trip with Paddle Nepal on the Trisuli River - half way between Pokhara and Kathmandu. 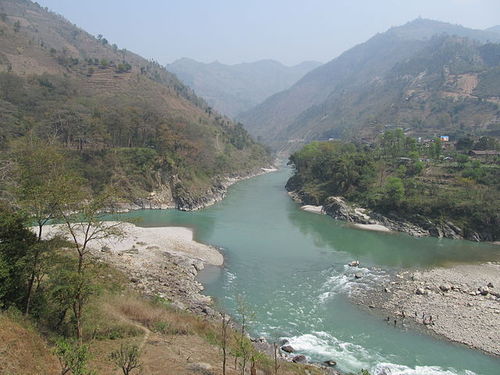 The rafting was fun, if a bit easy. We spent maybe three hours on the river with a break for lunch in the middle. The rapids were 3s and 4s - not too rough.

That night we arrived in Kathmandu and checked into our hotel - Mums House - in the tourist neighborhood: Thamel. Kathmandu is probably the least developed major city I’ve visited. Many of the streets were unpaved, traffic was chaos, and building codes looked questionable. Still - the city was easily navigable, the food was tasty, and everyone we met was friendly.

Our itinerary was well informed by Alan Perlman who studied abroad there. His recommendations were great, including food - Third Eye, OR2K, Fire and Ice (all excellent) and sight seeing (everything below).

The next day we set out for Swayambhunath, also know as the Monkey Temple, a sacred Buddhist site. It was an easy walk from Thamel, though there were plenty of stairs at the end (and lots of monkeys)! 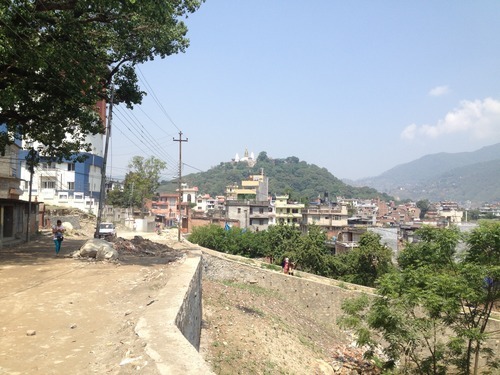 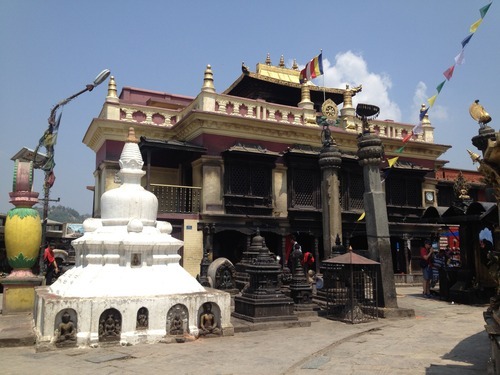 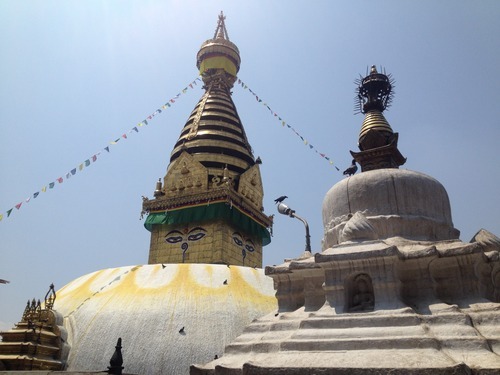 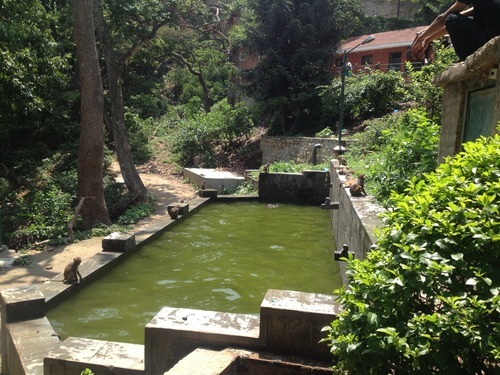 Next we caught a taxi to Boudhanath - an enormous Buddhist stupa. 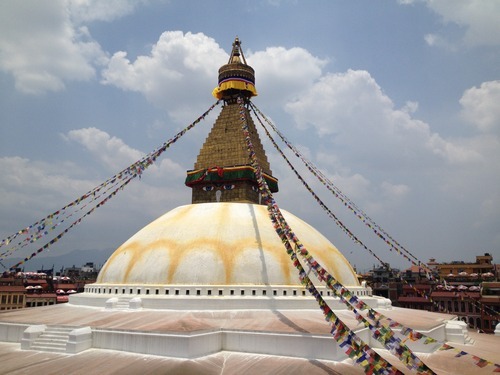 After ambling around a bit we walked south to Pashupatinath Temple - a Hindu temple complex, the most sacred dedicated to Shiva.

Only Hindus are allowed inside the main temple but we explored outside and took in the architecture. 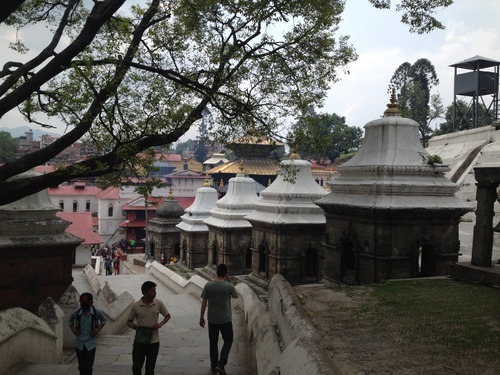 The Bagmati River runs through the center of the complex and its banks are popular for cremations. We sat and watched several cremation ceremonies take place; it was fascinating to watch the rituals involved as they wrapped the deceased and prepared the pyre. When only ash remained, attendants swept it into the river.

I didn’t take any photos but there is one on Wikimedia if you are curious.

Our final sightseeing was at Durbar Square, which contains an old royal palace complex and other buildings. It was nice to walk around - some the buildings had incredible woodworking. 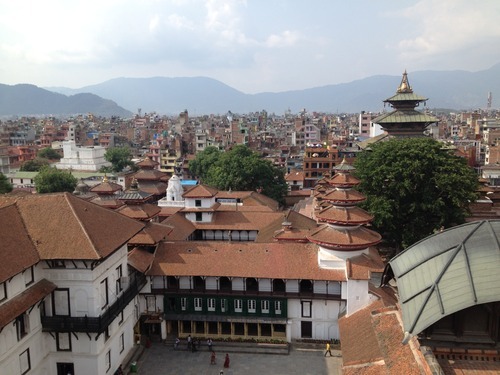 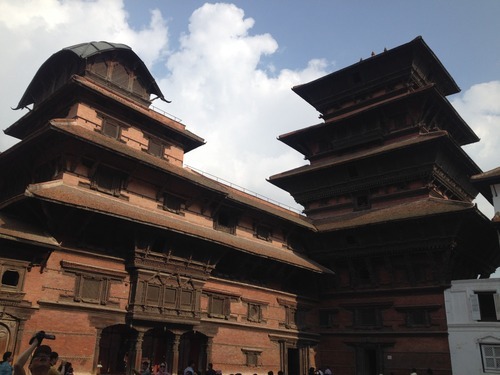 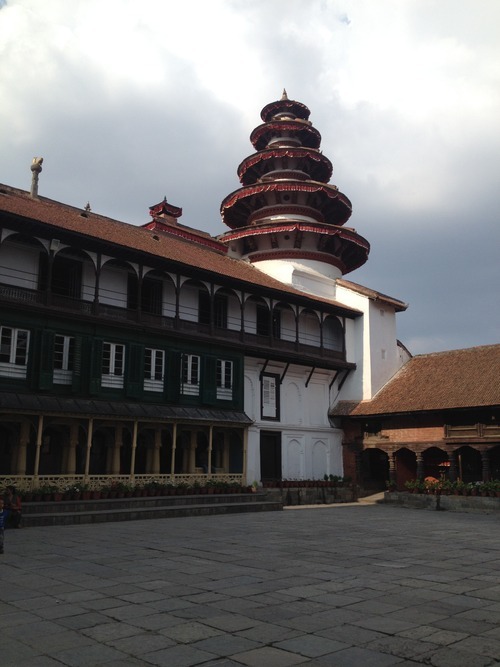 The final bit of sightseeing was at the the Narayanhiti Palace Museum - the seat of the Nepali monarchy for the later half of the 20th century.

Our final night in Kathmandu we were fortunate to have a wonderful dinner with some local entrepreneurs. We met with Sakar Pudasaini, founder of Karkhana, an awesome startup teaching Maker skills to students in Kathmandu. After showing us around the marker space and offices, he took us to his parents house for dinner.

There we were joined by Sushil Khadka, who is scaling the first Nepali fast food franchise and his wife Shilshila Acharya who is running a green social enterprise that is empowering women.

The conversation was great - all three entrepreneurs have had fascinating journeys. They’ve all given up big careers / opportunities in the west to return to Nepal and make an impact. They noted that the entrepreneurship scene was still nascent and the ecosystem had a long way to grow. However, they were extremely optimistic and felt that in 5-10 years Nepal would become an amazing place for entrepreneurs. They were thrilled to be the ones building the ecosystem and working toward that time.

Conversation lasted late into the night and the food, cooked by Sakar’s mother, was delicious. It was the perfect way to end our time in Nepal!