After ten years of living in SF, I finally made it up to the summit of San Bruno Mountain. 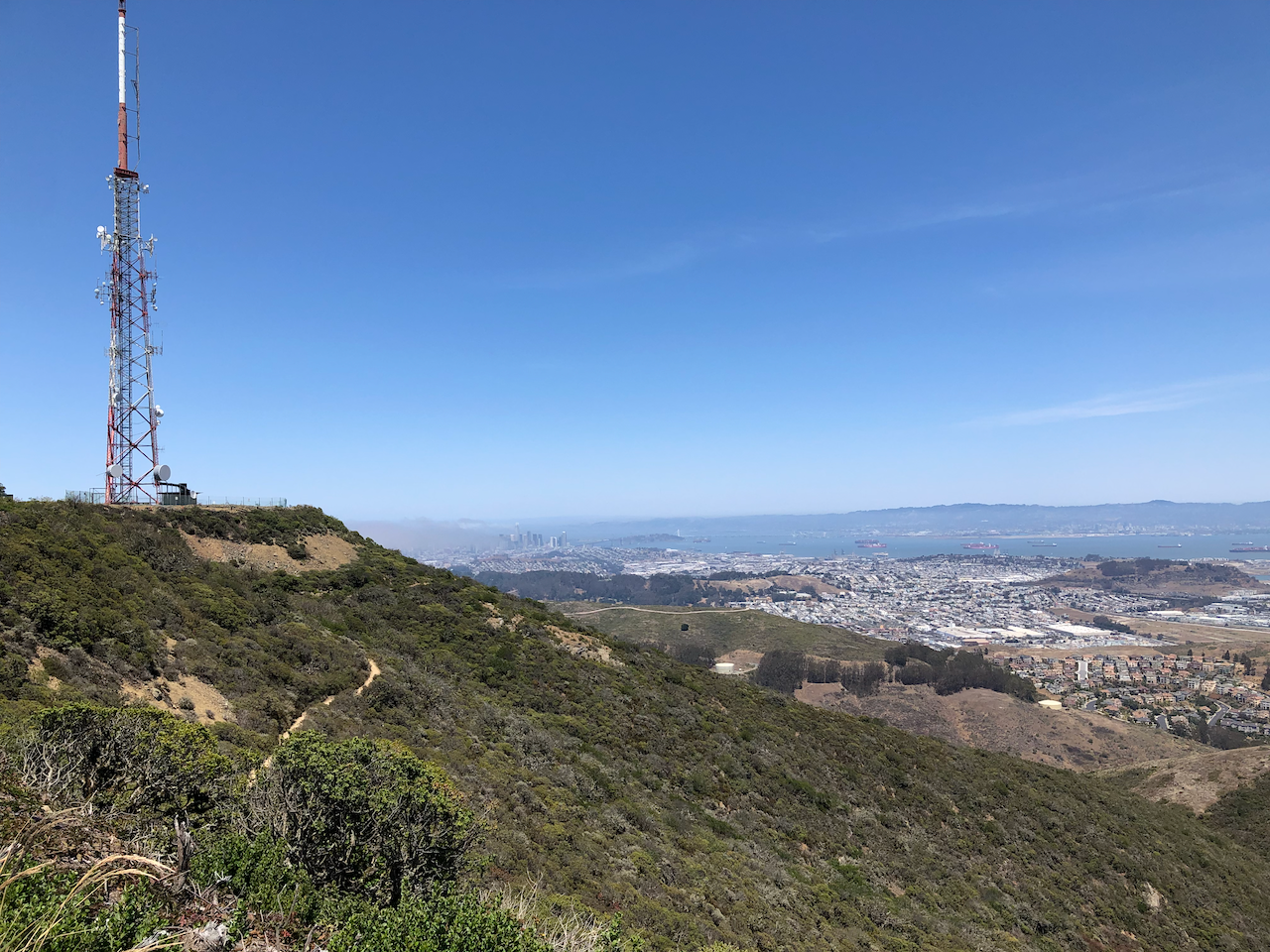 San Bruno Mountain is near the southern border of San Francisco and it separates the city from South San Francisco and Colma. It was a clear day and we had fantastic views from the top – we could a sweeping panorama that included downtown SF, Oakland and easy bay, Mount Diablo, and a good chunk of south bay. The western half of SF and much of Daly City and Colma were shrouded in fog but that just added to the view.

We started from a parking lot halfway up the mountain (at Guadalupe Canyon Parkway and Radio Road) and climbed the Summit Loop Train to the top. It was a nice 30min hike up and started out with a small forest and then wove through a series of valleys and overlooks before reaching the radio towers at the summit where we had spectacular views.

Next time I’ll aim for a clear day where I can see the Pacific side of the peninsula and I also might try hiking the ridge trail all the way east to where it looks over Highway 101.