Back in November 2020, I teamed up with Mike Masnick and Leigh Beadon to run a light and silly foresight game called Hindsight 2030. Our goal was to make a fun game to play in under an hour, perfect for a happy hour at the end of a long week – we succeeded!

The core loop was simple – each team picks a headline from 2030 and then develops a series of 5 headlines that get us from today to that future situation. Then, each team presents their arc with everyone and we all guess what happens next. Here was our example version:

2023: Can copyright infringement disqualify you from UBI? The courts are split

2027: Invalidation of SpaceX patents ushers in age of hobbyist nano-satellites

While designing the game, we had a fun time brainstorming the initial 2030 Headline prompts ahead of time. The prompts focused on future tech intersecting with social or regulatory trends. We ended up with 27 prompts (3 options per table) that covered an array of futures… 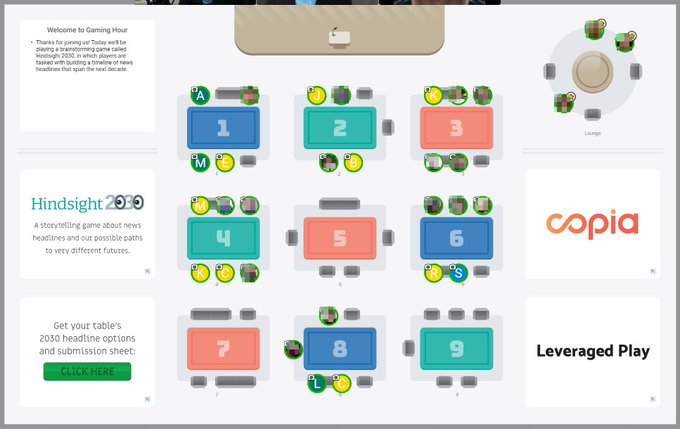 Our players were a blast; they took the prompts in directions that were varying combinations of insightful, funny, and frightening This game was a hit and we’ll definitely be designing more games in a similar vein!